The presence of uncontrolled moisture is one of the leading causes of damage and destruction in the home. Left unattended, even small amounts of water can degrade surfaces, weaken supports, and cause dangerous conditions such as growths of mold and mildew. While some forms of uncontrolled moisture are easy for homeowners to find, such as foundation leaks or flood water, others may happen in areas that are hidden from view, such as those in concealed water lines or underneath appliances.

Use the water bill to spot a water leak

Homeowners who live in an area served by a water district may be able to use their home's monthly water bill to help determine if a hidden leak has formed in their home. According to the United States Environment Protection Agency (EPA), ten percent of American homes are estimated to have one or more water leaks capable of wasting at least 90 gallons of water each day.

While most of these leaks are likely to be visible, including faucet drips and leaky toilets, some may be hidden from view. Homeowners who track their water usage each month will soon be able to quickly spot usage readings with sudden increases that could indicate a leak is occurring.

Conduct a short test using your water meter as a guide

Homeowners who are able to access their water meters and view the readout panel can use it to conduct a water usage test for their home. To do this, go inside the home and turn off all appliances that use water, and make sure that no faucets or toilets will be used during the test, which should be conducted over a period of at least two hours. Then go outside and check the meter readout panel. If the panel does not move either immediately or after the waiting period of two additional hours is over, your home should be free of leaks.

If the water meter readout panel moves only slightly over two hours, your home does have a small leak that is causing water usage to register. If the water meter readout panel records a usage of several gallons, your home probably has a serious leak issue, such as broken water supply line between the meter and the home or a substantial leak issue in a crawlspace or other hidden area.

To learn more about locating a troublesome leak in your home, or to have one repaired, homeowners should contact a reputable plumbing contractor in their area who offers leak detection services. To learn more about water leaks, contact a company such as Best Choice Plumbing, Inc. 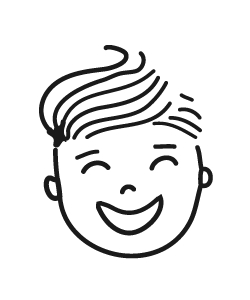